Augmented Geomarketing: The Start of a New Era or Just an Evolution? 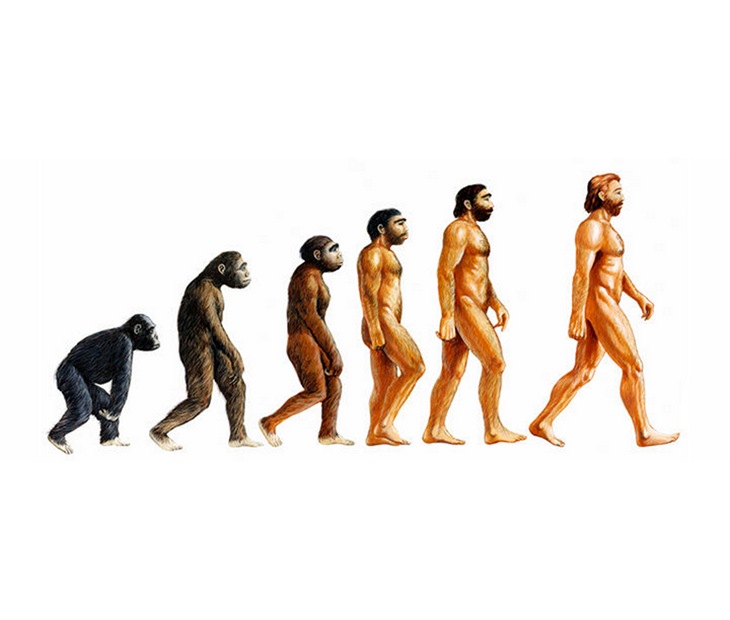 For decades, retail marketing has relied on advertising to a wide audience.

It has usually been used in combination with personalization, mostly implemented through loyalty programs. Thanks to advanced automation, retail marketing has gained valuable improvements toward Big Data and a deeper personalization through geo-location.

The retail market has had a steady frictionless development with next to no shocks. It has always gravitated towards centralization and globalization. This was largely accompanied by the concentration of production in convenient, profitable regions and well-developed global logistics. But with the advent of the COVID pandemic, sharper international confrontation, and the emergence of political upheavals, this calm long-term evolution was been disrupted.

In the 20th century, politics was driven by business. But 21st century turned everything upside down — business became dependent on politics, and many decisions became irrational from the business point of view.

Globalization has focused businesses on main growth drivers consisting of concentration and unification of production, international logistics, and advertising aimed at the max coverage of a consumer audience. High-tech solutions for loyalty and personalization remained must-have elements complementing the advertising opportunities.

With the disrupted supply chains and, as a result, the disordered production-supply process, fundamental localization begins to come to the fore.

This concerns both production and sales, which I already mentioned in my article a little over a year ago. Whether you like it or not, the entire global manufacturing and sales ecosystem will now be restructured and move towards a de-globalized structure.

And here are the harbingers of the upcoming changes:

“Staying within the broader retail space, it is instructive to recall that the market’s reaction to Q1 results from Amazon AMZN, eBay, and Expedia EXPE was similar to the recent beating Target and Walmart took.Multiple factors are at play here, ranging from merchandising missteps and failure to accurately read evolving consumer behavior, to coming up short in responding to an admittedly tough operating environment characterized by rising costs. The consumer is still very healthy, supported by low debt loads, adequate savings, and rising wages as a result of a tight labor market.”
Yahoo Finance, May 20, 2022

Indeed, why, for example, do they need to bring a container of gears from China and then store them in a warehouse in the hope of selling them out in a reasonable time if the same gears can be printed by demand on a local 3D printer and delivered as the fresh product to consumers? That’s a rhetorical question.

Over time, the combination of local production’s cost and reliability will become more attractive than the existing global manufacturing, and the picture of the world will start changing noticeably.

Retail will not be able to stay away from these changes, which will affect all — production, logistics, promotion, and sales. The likely scenario in this evolution will be a gradual transition from global marketplaces to localized business processes and structures. The success of “convenience stores” is just the first tiny step. Having discovered all the advantages of the new model, businesses shall rush to the development of Geoservices. And this is where advanced Maps-based services shall come in.

Maps are suitable for supporting localization like no other. However, the strong potential of Maps has not yet been exploited as existing providers continue to rely on a traditional advertising model that remains too static and even archaic for the modern socially oriented and personalized sales. By the way, geo-location is an integral part of personalization.

[background]
Geomarketing based on Maps (Maps Marketing) is a process where businesses include relevant information in their Google My Business profile (or similar tools of competitive Maps services), like hours of service and customer reviews, to rank higher in search results. Ranking higher in search results, in turn, increases business visibility and drives revenue.

Such an approach is limited to the “directory model” and does not bring the direct interaction between sellers and buyers on Maps. This is due to an advertising business model which has been chosen for the Maps Marketing service. The modern Maps Marketing model assumes the advertising channel is fully controlled by the service provider and sold to customers in a limited volume.

The main drawback of the existing Geomarketing services based on Maps is an inability to encapsulate the existing retail marketing tools. In simple terms, while remaining a convenient reference book, Maps are still badly optimized for consumers and poorly integrated with retailers.

To overcome these frictions, FINSTICK Innovations has developed the Augmented Geomarketing technology based on customer-centricity and improved integration with retailers, from individuals to established businesses.
Augmented Geomarketing technology makes it possible to migrate from the old centralized Maps Marketing service model to a decentralized ecosystem which is much better adapted for answering the daily needs of buyers and sellers.

Augmented Geomarketing brings the possibility of direct interaction between suppliers, sellers and regional or even proximity customers motivated to purchase. In addition to a new direct marketing channel, businesses shall gain an option of connecting additional sales tools, such as bonuses and privileges, reviews and ratings, or any other interaction scenarios, such as coupons and lotteries.

Here is an example showing the main difference between traditional Maps Marketing and the Augmented Geomarketing technology:


The default existing Maps data set is of a general and reference nature. Augmented Geomarketing brings an option of real-time update of the offer (middle screenshot), and if necessary - provides the extended information or executes extra marketing scenarios through the URL (right screenshot).

It is important that with Augmented Geomarketing, informing potential customers is a dynamic process. It is carried out by the seller or the supplier instead of the Maps service provider. At that time, the Maps service provider (Google, Yandex, or any other) moves from the “advertising revenue model” to the “service revenue model “, which has a much greater business potential.
Also, a significant improvement is that the relevant first-hand information well demanded by consumers here and now, is visualized on top. The old-fashioned static directory still remains but, it just goes one level below.

You can dispute the feasibility of this approach but for a quick assessment, it is worth remembering the development of social networks and the subsequent transformation of the advertising models and methods of promotion.

We are on the verge of a new de-globalized and decentralized era where the role of localized production and services in combination with socially-oriented sales will progressively strengthen.

And Augmented Geomarketing has every chance of becoming a window of opportunity for business in these challenging transformation times. 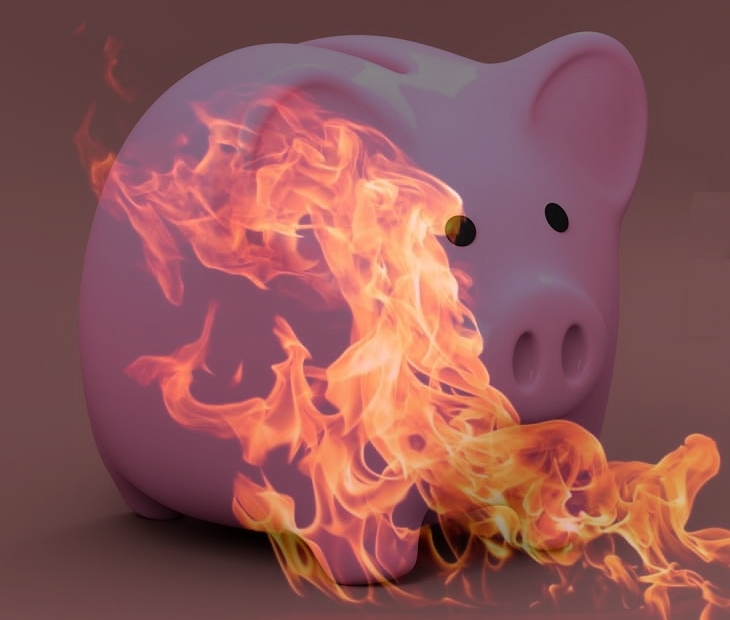 Have your points been invalidated just because the airline or supermarket no longer wanted to store them in the IT system? This is a very common practice for the traditional closed loyalty programs, where all conditions are determined by the retailers. So the buyers are left completely powerless in their ability to save and reward of the corporate awards. The point is that retail chains, airlines, banks, and other large businesses perceive the rewards as deferred liabilities to their customers. Therefore, they prefer to get rid of them from time to time so as not to spoil the business performance, even though it harms the image and the main goal of every loyalty program - to increase the customers' loyalty.

Liquid Bonuses LiqBons™ cannot be revoked since they are stored in an independent registry, where absolutely all operations are recorded and organic. It is impossible to delete LiqBon™ or erase an operation there. All LiqBon™ Pouches and their contents are interconnected, therefore, the entire registry would have to be reformatted from its beginning to the end for the sake of a tiny correction. Having received Liquid Bonuses™ in your Pouch, you can be sure that they will never expire, can not be deleted, or written off at the behest of the participating retailer or the system operator.

Would you like to keep your reward points or miles forever? Just ask your favorite retailer or airline if they have already started exchanging "excessive" points and miles to LiqBons™ instead of disposing of them by expiration. You can also ask them to stop discouraging customers from saving up new ones and killing their final hope of benefiting from loyalty programs.

Tags: benefits of the LiqBon™on the consumers rightsthe new generation of retail marketingdifferentiating from points and miles 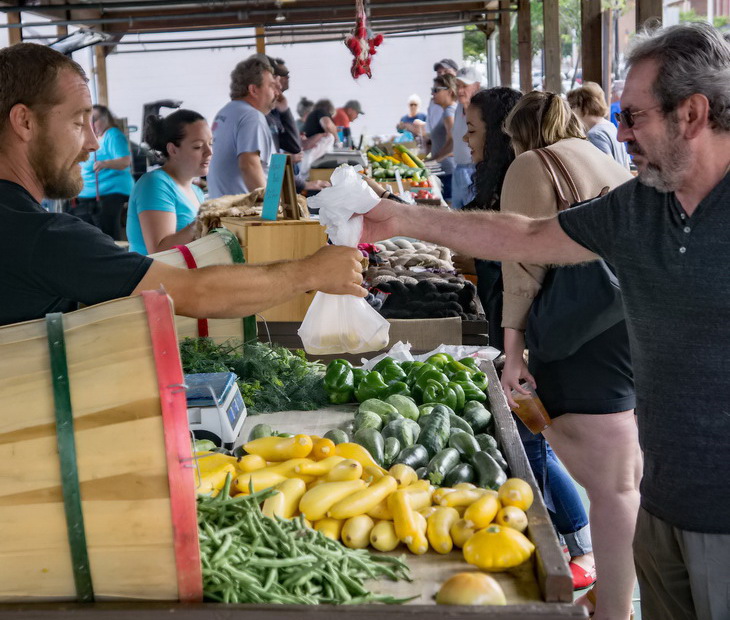 Club LiqBon™ is the open community of honest sellers and motivated buyers.

We are not shopaholics, but buyers who no longer want to spend extra time and money on shopping. We help each other to buy smarter, cheaper, and faster. The main focus is made on simplicity and awareness. Perhaps these are the main properties encouraging users to keep using our open reward ecosystem.

We always think of the same: "where is it better and more convenient to buy". Usually, the answer is through offering aggregators, marketplaces, booking sites, and similar sources. But few people think about the fact that marketplaces and retail aggregators compile their offers according to their own rules, first showing users what is the most profitable to them. At the same time, far from all sellers and suppliers can be represented there for various reasons.

Club LiqBon™ enables direct frictionless interaction between buyers and suppliers (manufacturers) without going through intermediaries. Over time, this cooperation shall improve and consumers will be able to get products and services bypassing numerous dealers, forming an independent user-driven rating for every single supplier or manufacturer.

Simplicity and efficiency are also important for those who offer goods and services, ready to serve more customers than there are today, but find it difficult to attract them. The ability to easily and inexpensively acquire new customers is essential for small businesses that can value and serve their customers like no one else. But sometimes they lose the competition due to their limited opportunities for promotion of their products and services.

Club LiqBon™ is a great free way to establish direct contact with a motivated buyer, without making a lot of effort. An important part of the user interface is an interactive map where you can easily find a place for your retail outlet, farm, cafe, apartment for rent, car service, and even melon sales working only 1-2 months a year. This information, together with the current offer of the day, will be always at hand for buyers and customers with Liquid Bonus™ Pouches. Attract new customers with your great deals, bonus rewards, and great mood.

While getting shopping fun, we share our pleasure with the community and every new purchase becomes smarter and nicer.

Down with stereotypes! Now you can easily supplement your loyalty program with a customer acquisition program for nothing!

The Liquid Bonus LiqBon™ reduces the cost of attracting new customers to an all-time low. Effective low-cost customer acquisition have turned into reality, thanks to LiqBon™.

Yes, of course the Liquid Bonus is not a loyalty program that works exclusively for any seller and is beneficial only when the marketing budget for it reaches a certain level. LiqBon™ is a mean of attracting customers and it does not require usually valuable investment. This is a method with a set of ready-made tools that allows you to effectively work not only with regular customers, but also with any customers who appear in the region at least once.

Tags: benefits of the LiqBon™the new generation of retail marketingLiqBon™ for merchantsLiqBon™ for manufacturers
About 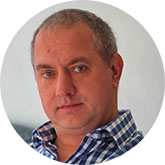 Hello everyone. My name is Juli. I am the founder and CEO of FINSTICK Innovations LLC, designing innovative solutions and disrupting technologies.